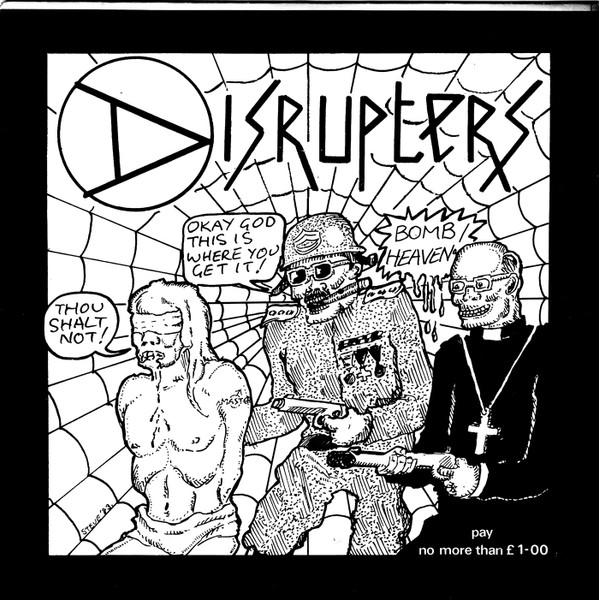 Anarchist punk band from Norwich, UK. Formed in late 1980, the band got off to an early start with a demo of Napalm being released by Crass Records on the Bullshit Detector compilation.
1981 saw the recording and release of the first single, Young Offender, on the band's own label, Radical Change Records. This was a surprise hit in the indie charts and far outsold all expectations. The track Young Offender also appeared on Punk & Disorderly compilation.
By 1983 the band had a settled lineup of Steve, Kev, Paul & Steve.
The band were believers of direct action, which led to various arrests and court cases. They were also very active in their support of other bands, with releases by Destructors, Icon AD, Revulsion & Self Abuse on the band's label, as well as organising gigs.
The band split in 1988, disallusioned with the growing divides within the scene. Kevin went on to form Saigon Kiss. Steve Hansell was vocalist in New York Scum Haters.
In recent years there has been a DVD "Anarchy, Peace & Chips" released and also the anthology CD "Gas the Punx". There are murmers from The Disrupters camp that there may be a reform of the band.