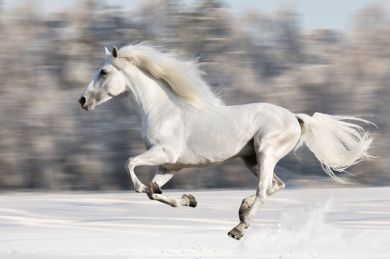 Good morning all you athletes out there, and greetings from Earworm Land. Today we have a fine selection of songs about running. As for me, while I admire that sort of thing, I can’t run for toffee (although I might manage a dash for last orders). If you have an earworm you’d like to share, please send an .mp3 or a link to [email protected], together with a few words about why you’ve chosen it. Next weeks theme will be birds of prey (never let it be said that I’m not random). Many thanks to all contributors.

Hunters and Collectors – Run Run Run – shoegazer: More of a marathon than a sprint.

The Velvet Underground and Nico – Run Run Run – AliM: From their 1967 album. And still good, I think.

Louis Jordan – Run Joe – severin: An unusual calypso-styled offering from Louis. Joe and Moe run a store and a policeman thinks that Joe has been up to no good. Or was it Moe? Anyway, Run Joe.

Belle and Sebastian – Loneliness of a Middle Distance Runner – glassarfemptee: Vintage Belle and Sebastian. Stuart really was a keen runner in his youth. And he offers a timely Brexit warning: “The future’s looking wonderful / It’s the wonder of the businessman’s conspiracy”. Read more here.

Arcade Fire – The Suburbs – tincanman: Not a band I listen to much, but their interactive multimedia promo for The Suburbs’ title track was pretty darn neat in 2010. Still is. (Doesn’t work for me but that might just be me – I just get lots of birds and no sound. Ed.)

Mary Coughlan – Run Away Teddy – severin: Scary Coughlan is close behind you and she’s not letting you go. Not entirely sure why she wants this bloke but she is very persistent. And she can sing like nobody else.

Iñaki Conejero & Kannan Tripunithura – Trotting (Trotando) – Ravi Raman: Don’t have a clue as to what exactly the song’s about. It’s from an excellent album called Spanish Raga (yeah, fusion music, I’m shocked too).

Pink Floyd – Time – AliM: Absolute classic, couldn’t resist. “No one told you when to run, you missed the starting gun…” Remastered version.

Iron Maiden – The Loneliness of the Long Distance Runner – Maggie B: From national treasures Iron Maiden.