Album: Big Girls Don't Cry / Punks, Get Off The Grass 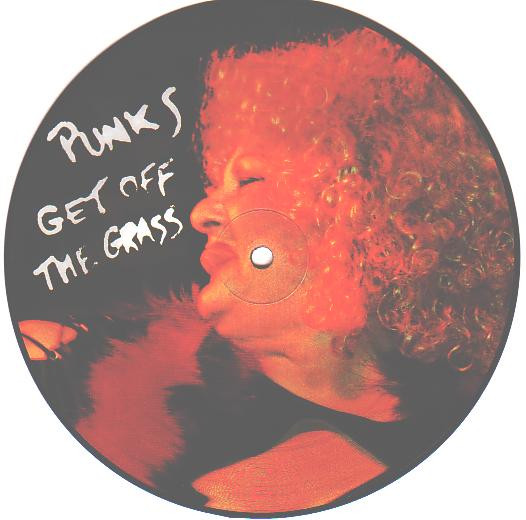 Edith Massey (May 28, 1918 - October 24, 1984) was an American actress and singer. Her father's surname was Dornfield and mother's maiden name was Levi. Massey was best known for her appearances in a series of movies by director John Waters.
Waters met Edith while she was working as a bartender at Pete's Hotel in Baltimore; Massey was also the proprietress of a thrift store called Edith's Shopping Bag. Massey gained a cult following from her appearances in five John Waters films: Multiple Maniacs (1970), Pink Flamingos (1972), Female Trouble (1974), Desperate Living (1977), and Polyester (1981).
In the late 1970s and early 1980s, Massey capitalized on the infamy of Waters' films by touring as the lead singer of a punk band, (Edie and the Eggs). She also posed for a series of greeting cards. Later, when the Baltimore winters became too much for her to endure, she moved to Venice, California, where she opened another thrift store.
Even among John Waters' legendary cluster of freaks, misfits, perverts, and assorted miscreants, Edith Massey managed to stand out as a true original. Whether sucking eggs in a playpen in Pink Flamingos, brandishing a whip as the vile Queen Carlotta in Desperate Living, or teaming up with Divine as gal pals in Polyester, Massey squished her own snaggle-toothed, benignly and un-self-consciously outrageous persona into each role she played, giving hope and inspiration to obsessive-compulsive grandmotherly fetishists everywhere.