Music Album: How To Ruin Everything 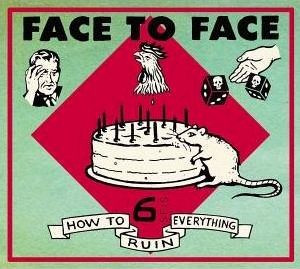 Formed in 1991 by vocalist Trever Keith, bassist Matt Riddle and drummer Rob Kurth. Previously the trio played in a band known as Zero Tolerance (17) along with guitarist Mark Haake. Prior to Zero Tolerance, Trever and Matt played in a band named Victoria Manor, which disbanded in the late 80’s. After nine studio albums, the band is perhaps most well known for their single, "Disconnected".
Keith had been the only constant member, with many former band members joining other bands. Former drummer, Pete Parada is the current drummer for The Offspring and former bassist Matt Riddle played in No Use For A Name, and currently plays with face_to_face_how_to_ruin_everything.zip

The Sainte Catherines – The Art Of Arrogance (2022) CD Album