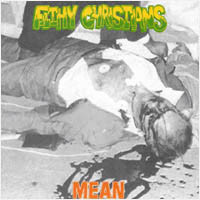 Defunct Grindcore band from Sweden, which was active from the late 80s to mid 90s. In their latter days they switched to Death Metal with little success.

Title of their record "Mean" was lifted from Foetus slogan of the time: "Say what you Mean and say it Mean"

Distributed by Revolver and The Cartel