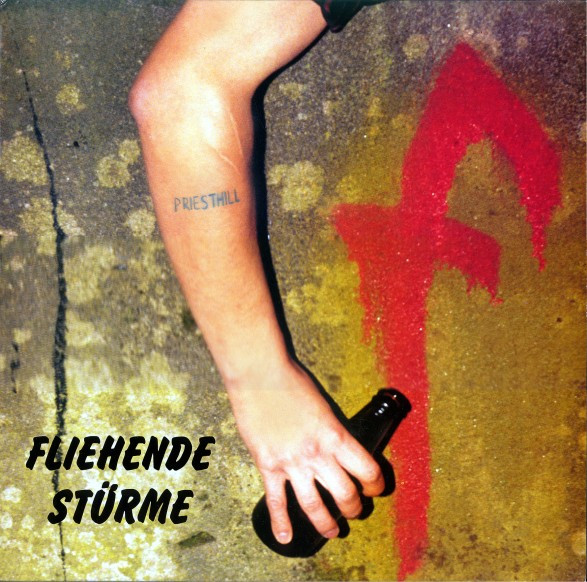 Released with a blue 12" lyric sheet with white text.