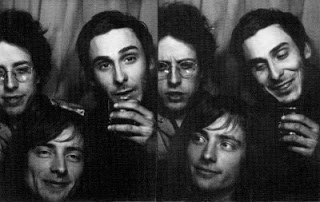 Friend/Enemy were a short-lived indie rock project created by Tim Kinsella and Todd Mattei, lasting between 2001 and 2002. Both of them were also members of Joan of Arc at the time. If you’re familiar with that band (and Owls to an extent), the strangeness of this project will come as no shock to you. The foundation of these songs were laid down by the aforementioned members, and then a ton of collaborators would come in and add density to these tracks. Other contributors include bassist Sam Zurick (a regular in the Cap’n Jazz/Owls/Joan of Arc collective), and even Zach Hill on drums (of Hella and Death Grips notoriety), among others. Sonically, this project is very experimental, dipping into elements of math rock, jazz, prog, and indie, all beneath Kinsella’s distinct vocal stylings and storytelling. In addition, there’s an array of sounds in the mix here in addition to standard rock instrumentation, such as a banjo and a bunch of percussion. It’s an interesting album undoubtedly, and highly recommended to fans who lean more towards the stranger side on the strange/sad Kinsella spectrum. Enjoy. 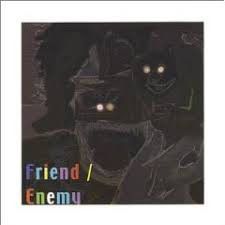