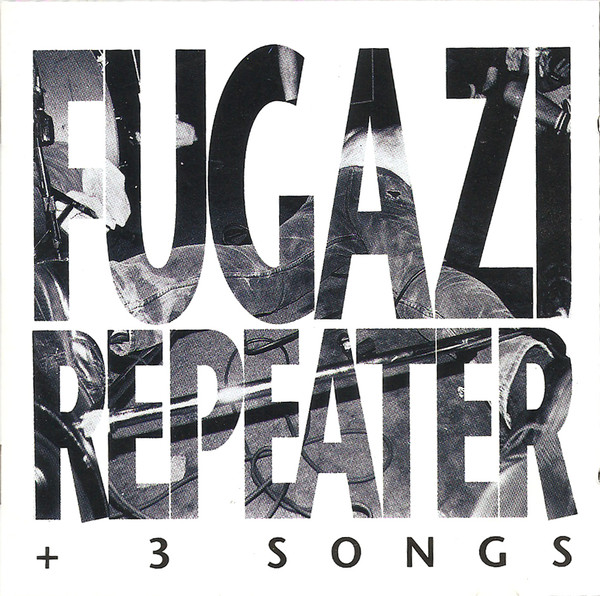 This issue of the CD can be distinguished from other versions:
1) CD price is listed as $10.00 postpaid on the back cover (as opposed to $8.00 or $9.00 on earlier releases)
2) Item is listed as made in England on back cover (as opposed to France on earlier releases)
3) Barcode is not printed and is a sticker instead
4) Mastering and mould SID codes
5) No reference to a DIS45 catalog number

This CD combines the album Repeater (Dischord 44) with the ep 3 Songs (Dischord 43).