Album: Give Me Fire / Man-Trap 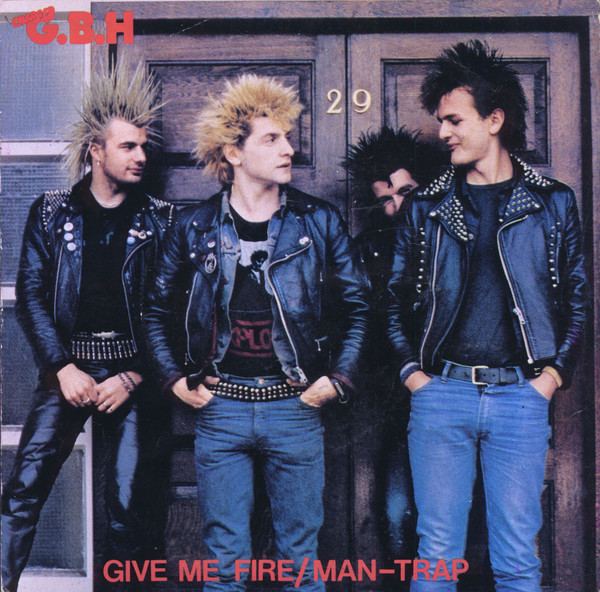 Lyrics printed on back of sleeve.

Track B is titled 'Mantrap' on back of sleeve.

Pressing and lacquer cutting credits are identified in runout etchings.