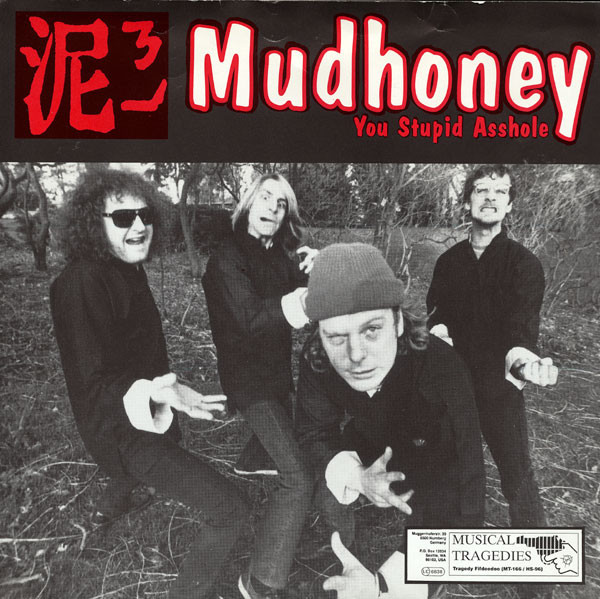 American garage rock band from Washington state. Active from 1989 to 2006.

Issued in a foldover sleeve with a photo of both band members together and a "Saw Shaped Tragedies" logo and credits.on the inside.

Saw shaped series edition has the series number printed on the back sleeve and the A side label.

You Stupid Asshole is an Angry Samoans cover.