Album: Too Late... No Friends 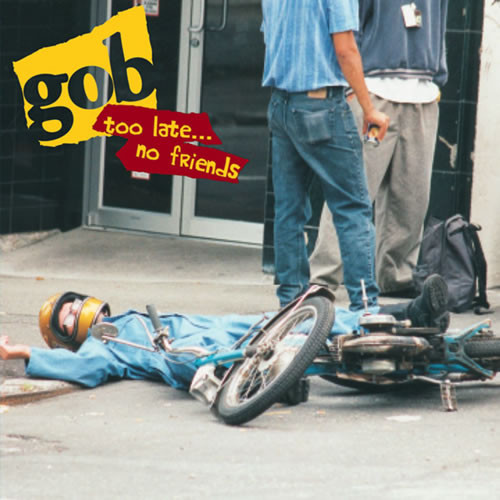 Gob are a punk band from Vancouver, British Columbia formed in 1994. The band's trademark sound relies heavily on crunchy, distorted guitars. Their hit single "I Hear You Calling" was featured on Electronic Arts's NHL 2002 video game. Other songs that have been featured in EA video games are "Give Up The Grudge" (Madden 2004), "Oh! Ellin" (NHL 2004)"I've Been Up These Steps" (NHL 2003), and "Sick With You" (NHL 2003). The band has appeared on several outdoor music festivals, the most well-known being Vans's Warped Tour.

Band members credited themselves with no last names to be on a first-name basis with their fans.

The Forgotten Rebels – The Pride And Disgrace (1986) CD Album Reissue