Band: God Is My Co-Pilot

Album: Gender Is As Gender Does 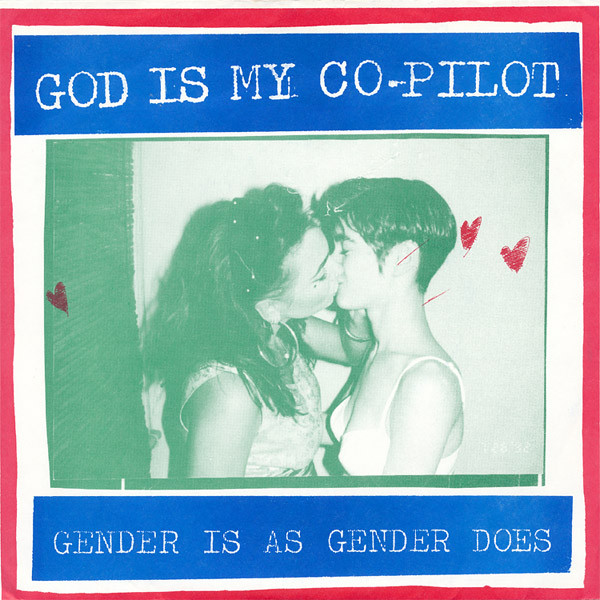 God is My Co-Pilot (Godco, for short) is a band from New York that consists of Craig Flanagin and Sharon Topper along with a vast multitude of other musicians. The band ran its own label, The Making Of Americans.

For the Australian band of the same name, please use God Is My Co-Pilot (2)

Issued on transparent yellow vinyl. Comes with folded 14"x7" insert sleeve, and second 7"x7" inner insert with credits.
(c) (p) 1992 God is my co-pilot
Pressed by derived from runouts
There are two different kissing sleeves, one male, one female.