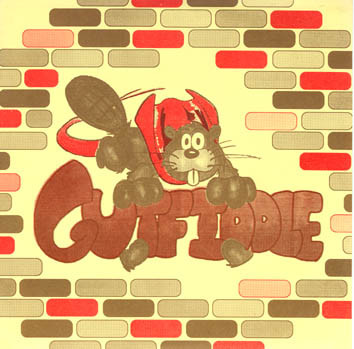 Gutfiddle was a Melodic-Punk band from Lake Havasu City, Arizona active in the mid to late-90s. Probably, Lake Havasu's first gig-playing punk rock band, first band to have shirts and merch, and first (if not still the only) to have a bonafide release on an underground label. Often played The Cinema Theater and The Shakespeare venues alongside other local Havasu bands Blindside and Post Toasties. The name was a variation on slang name for a guitar, the "gitfiddle."

Record is divided into "Side Mountain Dew" and "Side Quantum Leap" in lieu of the traditional sides A and B or 1 and 2 (except on the matrix/run out).