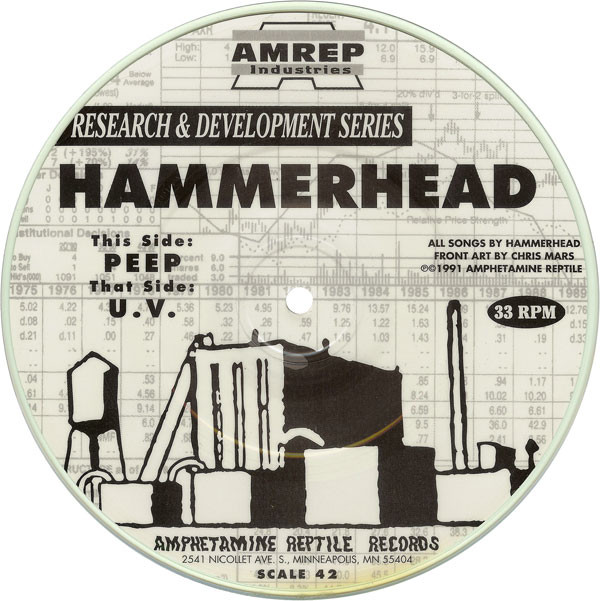 90s noise-rock trio from Minneapolis, which broke up in 1996, after Paul Sanders quit the group. Paul Erickson and Jeff Mooridian later resurfaced as Vaz and Paul Sanders created More RAM.

In 2008, Paul Sanders joined The Heroine Sheiks and recorded the album "A Journey To The Edge Of The Knife" with them.

In 2010, Hammerhead played two reunion shows (one at AmRep 25th Anniversary and the other one at Death By Audio in Brooklyn, NY) and released an EP of new material, Memory Hole. They continue to record and release new material.