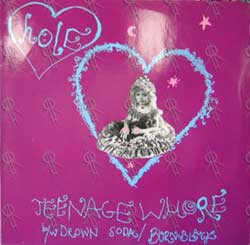 Cat No on rear of sleeve is printed SLANG 011
Per the disc it is SLANG 013
"Made in Germany" sticker on back near barcode.