Album: Bring It On! 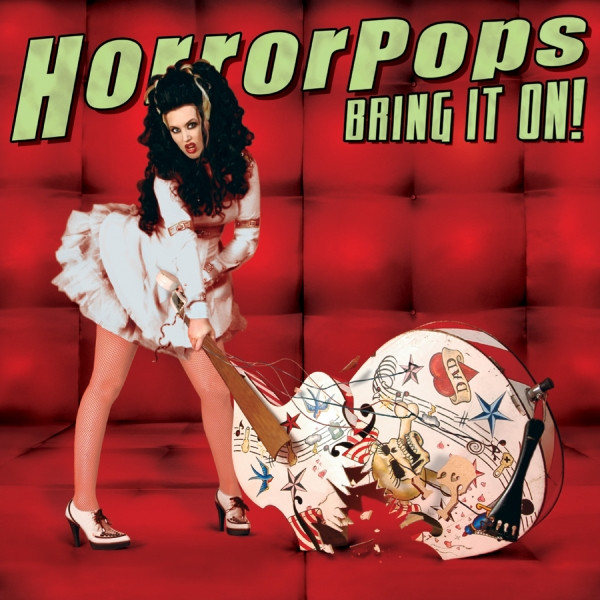 Pop punk/Rockabilly band from Copenhagen, Denmark which formed in the mid 1990's with members of Peanut Pump Gun and Nekromantix.
Their first album, Hell Yeah, was released in 2004 and the band relocated to Los Angeles, CA by the time of their 2nd album release, Bring it On in 2005.

Packaged in a triple gatefold digipak. Contains booklet with credits, thank yous and lyrics. CD is designed to look like a 45 record pressed on red vinyl.