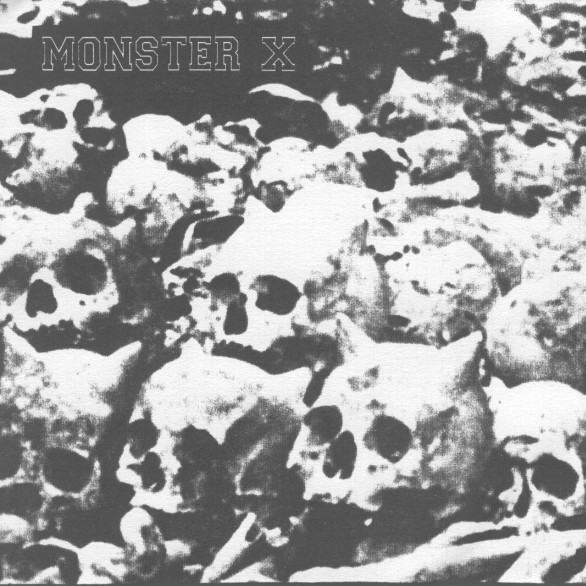 A punk grindcore band based in Montréal, Quebec, Canada. They existed from 1992 to 1995.

Foldout sleeve with lyrics and info printed inside plus mailorder flyer for a Herbivore 7". Some(?) with further slip stating "Due to a print error the record labels are on the wrong sides, the S.E. side is actually Human Greed, and the other side is Monster X !"

The first pressing (this version) of this record came in only the black and white sleeve. The glossy orange and black sleeves were only on the later pressing.