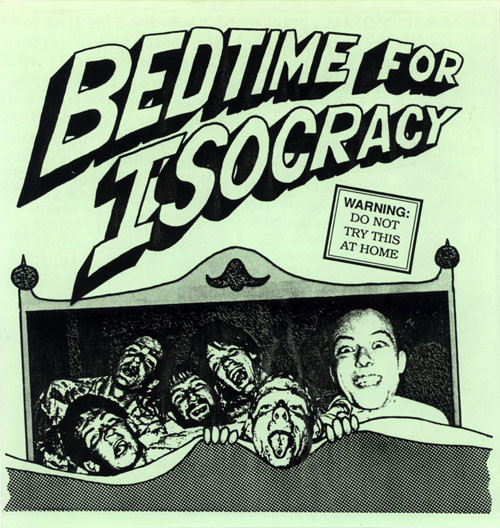 Original first-pressing with Lookout's Laytonville address on it and numbered on the back of the sleeve.

Released with picture sleeve.
Folded paper cover with info inside. Comes with insert with lyrics and band members photos.
A4
From the sleeve:
================
Engineered by Kevin Army at Dangerous Rhythm (R.I.P)
Recorded in four hours on a nice Friday in November '87.
Mixed in two hours on a not as nice Thursday in December '87.
Released on a swell Tuesday or Wednesday in January 1988.
Backing vocals by anyone who was standing around at the time.