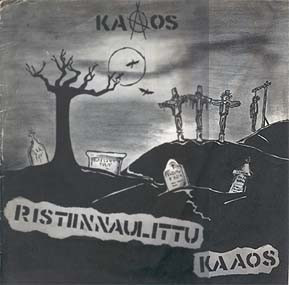 Track A1 is misspelled 'Kuollet Sankarit' on the back cover.