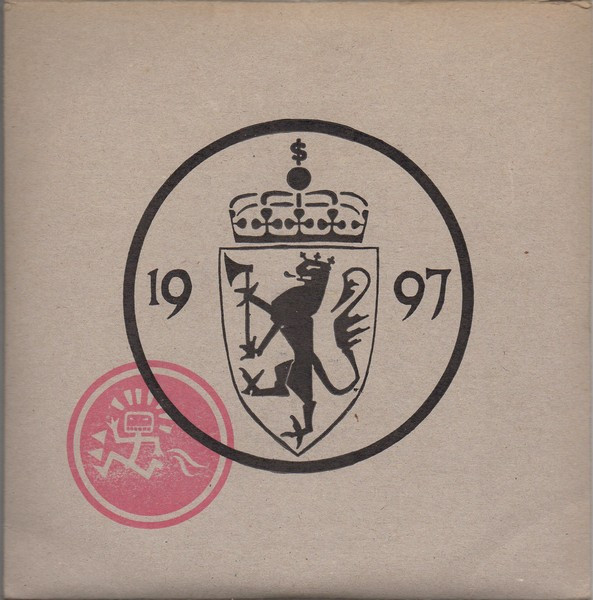 The cover is a 7" cardboard mail-envelope. Contains a 20-page booklet with lyrics and graphics.
Records are in a paper sleeve with on one side the Kort Prosess logo and on the other the Heart First guillotine logo.

"1997" appears on sleeve and on a label flyer in the release itself. The subtitle is "Svart Natt" and appears on the booklet.
Mastering facility is derived from matrix.