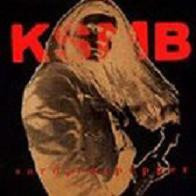 At first, the band was called Skärholmens Gymnasiums Punkensemble. In 1978, they changed their name to KSMB.

They did their last gig on May 27, 1982 and then split up. In 1993, the band was reunited and was active until 1996. The reason was that the band's original bassist Mats Nilsson wanted to do a concert before he would radiate a auditory nerve tumor. Several of the band's former members lined up. Nilsson managed the radiation treatment and the reunion resulted in a larger number of concerts and the record "En gång till". In 2015, the band was reunited for a gig at Bråvalla festival. In February 2017, the band released the album "Ond Saga" which was also followed up with a tour.