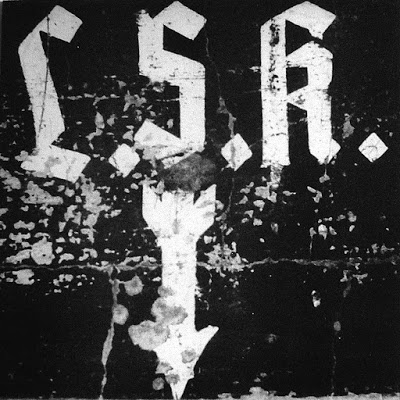 Start July with one of my favourite German Punk band and it’s a really good one: L.S.K. from Rathenow, near Berlin, founded in the mid of the 90’s and the four gentlemen played punk rock of the gloomy sort. Who love the sound of the Gladbach EA80, like me, will love this record. First you would think this was a cheap copy but I must say L.S.K. do a very very good job. Overall, they have two self produced LP’s and a mini-LP and appear on some punk compilations. Their music can be described quickly: fast short songs whose lyrics are usually held in person. I like to listen if I’m not in the mood for people/party or any action. Pretty cool live band. Disbanded in 2000 and they appeared under a new name called Die Angst. In any case: very recommended!!! New rip with new scans, Prost!
here

Ken Sent Me stream new album "Be Nice Or Go Away"