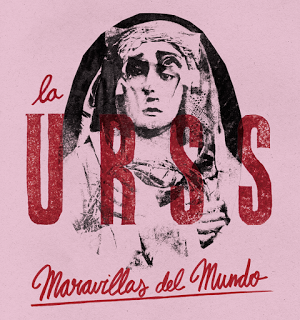 of course if you’ve been following me via tumblr (mostly likely not, but whatever) you’d know that i’ve been on such “listen to all things from Spain” kick. Welp, La URSS fits that criteria.  La urss are a 4-piece punk  band from andalucia. you can tell by the very first listen how much this band maintains a diy-oriented spanish punk vibe throughout the entire record. fast-paced songs.  politically aware, opposition to the gov…etc. resembles the sounds of those popular basque-radical rock bands from the 80s…but with it’s very own “modern” twist. I’m literally counting down the days till i get to see la urss in the flesh (5 days to be exact). gonna be a wild time.

check it out here:Maravillas del mundo by La URSS