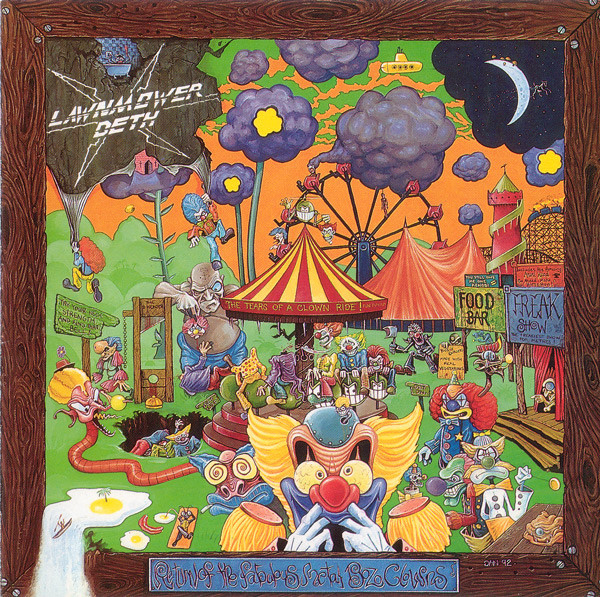 Originally known as Scrawm with a line-up of Dogg Bower (vocals / guitar), Dudd Hallam (bass) and drummer Chris Flint, this Mansfield based group released the 1987 demo 'Demented Genius'. Scrawm then changed the name to LAWNMOWER DETH, with the premise that putting the fun into Thrash and Death Metal music with a madcap slant was the way to fame and fortune.

The copyright in this sound recording & artwork is owned by Earache Records
© Earache 1992 ℗ Earache 1992. Made in the E.E.C.