Live Review: Radiohead Returns to North America and Kicks Off Tour in Miami (3/30)

Radiohead loves to kick off their tours in South Florida. It makes sense; after all, the peninsula is a trap for bands who come into the state as opposed to coming out of the state. So, it wasn’t too surprising that the English rockers returned to the 305 yet again for their second North American tour behind last year’s outstanding A Moon Shaped Pool. What was surprising, however, was their choice of an opener. No, the band didn’t tap someone like James Blake or Other Lives; instead, they tagged Israel’s own Dudu Tassa and The Kuwaitis.

But if you’ve been paying attention, as most Radiohead fans are wont to do, this shouldn’t be surprising, either. Last week, it was reported that Thom Yorke and co. had enlisted the Jewish-Arabic band for their upcoming tour, most likely as a nod to their forthcoming summer gig in Tel Aviv, Israel, which in itself is a nod (and a snub) to the music industry’s trend of boycotting the country. What’s more, Jonny Greenwood previously collaborated with Dudu Tassa on their 2009 track, “Eize Yom”, which adds even more weight to their experience. 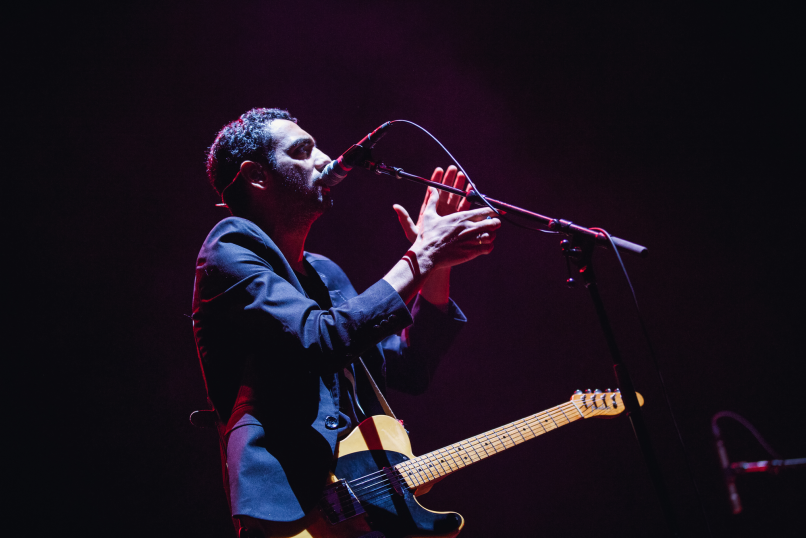 Unfortunately, much of the sold-out crowd at Miami’s American Airlines Arena appeared either confused, uninterested, or bored. To be fair, the sounds that Dudu Tassa and The Kuwaitis brought to the table were a completely different palette than concertgoers might have expected. Still, those who appreciated the challenge — and yes, there were many who did — enjoyed a wholehearted cultural homage to Middle Eastern music legends Daoud and Saleh al-Kuwaiti, the former of whom is Tassa’s grandparent. Needless to say, he’s carrying out his legacy with aplomb.

Shortly after, Radiohead finally took the stage, and crescendoing into “Daydreaming” was delightful. Yorke’s fascination with the light beams warranted a shadow puppet show of sorts that cascaded across the landscape of every audience member — it was absolute eye candy. Though, the same effect could have been had to amplified effect had “Ful Stop” ignited the show. Any read on a Miami audience would prove that you’re dealing with a crowd that just tackled Ultra Music Festival, and naturally, they wanted to get off their feet, and that gem would totally do it. 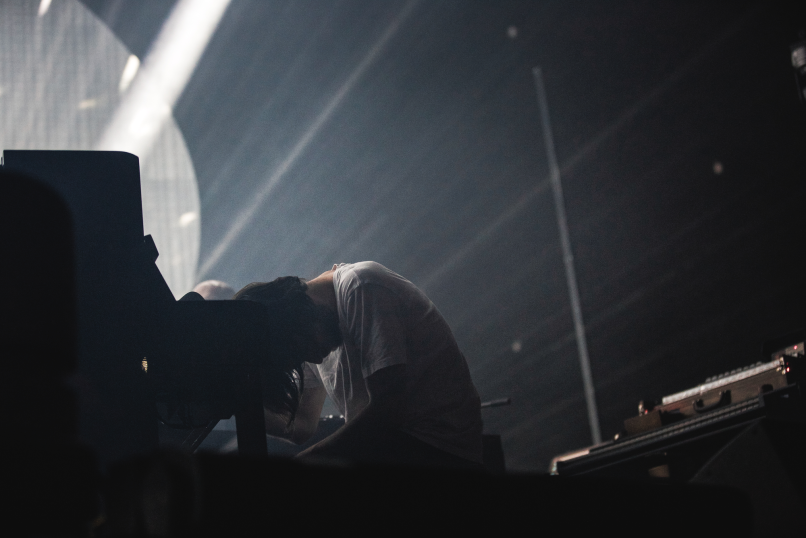 And it did three songs into the set, changing the attitude, energy, and sheer velocity of the performance to entirely and in perfect tempo with the frenzied expectations of the Miami crowd. Immediately after, Greenwood’s six-string moans broke free from his signature Fender Telecaster with an incisive performance of “Airbag”, and everyone spiritually celebrated the 20th anniversary of 1997’s OK Computer by viciously dancing along. In fact, you might say that the album was on everyone’s minds, including the band’s, as they would later dust off “The Tourist” for the second encore.

Despite a rocky start, the audience admittedly brought plenty of charm to Thursday night’s performance. They all turned their phone lights on to encourage the two encores — swaying them around like an SOS distress call in a foggy sea — and they happily sang and swayed alongside one another as Ed O’Brien brought “Weird Fishes/Arpeggi” to life on his guitar. Some even tried their own Yorkian dance moves during “Lotus Flower”! Most were admirable efforts at best, but given how the band’s now nine albums deep, it’s moments like these that give hope to the future of its fanbase. 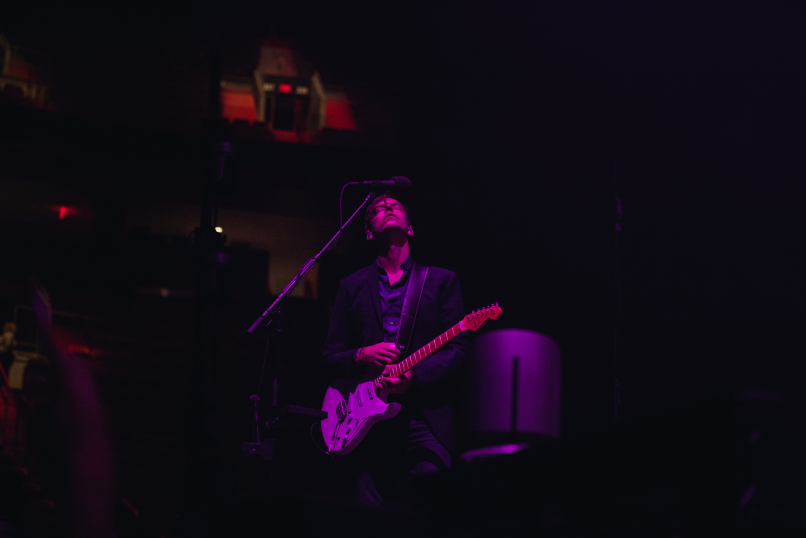 One challenge that this writer continues to stumble upon throughout Radiohead’s career is Yorke’s intonations. At times, it’s very difficult to understand anything that he’s singing, and although the melodies are always in tune and delicately connecting with the band — take “Reckoner”, for instance — it’s unquestionably magical when Yorke does happen to break out of those inflections. Such was the case during their rousing performance of “Fake Plastic Trees”, which was arguably the night’s true jaw-dropping masterpiece, and a nostalgic reminder of his more earthly pipes.

In hindsight, there was a lot of time traveling in Miami during Radiohead’s performance. In addition to the aforementioned appearance of “The Tourist”, which closed out the first setlist (and could have easily sent the curtains down for good), the band also returned to perform Amnesiac single “You and Whose Army” and In Rainbows scorcher “Bodysnatchers”. Oscillating between those two songs was quite a journey, but that’s always the case with Radiohead, whose setlists and live performances are always looking ahead into the future and forever respecting the past.

If only everyone did that.

Setlist:
Daydreaming
Desert Island Disk
Ful Stop
Airbag
Morning Bell
Climbing up the Walls
All I Need
Videotape
Let Down
I Might Be Wrong
Lotus Flower
Identikit
Idioteque
Nude
Weird Fishes
The Numbers
How to Disappear
Encore #1:
No Surprises
Burn the Witch
Reckoner
Fake Plastic Trees
The Tourist
Encore #2:
You and Whose Army
Bodysnatchers

Ranking: Every Radiohead Song from Worst to Best

Live Review: Sigur Rós at the Fox Theater in Pomona (4/10)

The 10 Best Bands with Siblings

Code Orange remix alt-J’s “Adeline” and “Hit Me Like That Snare”: Stream