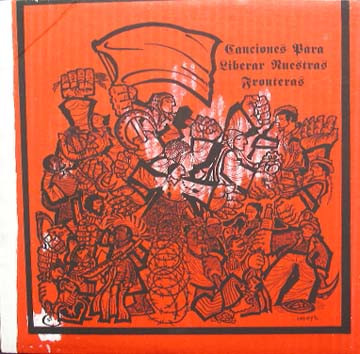 DIY political hardcore punk band from Chicago, Illinois fronted by vocalist Martin Sorrondeguy. All of the band members were of Latino descent and all of their lyrics were in Spanish. They formed in 1991 and their last show was in October 1998.

Martin also started the DIY label Lengua Armada Discos to release Los Crudos records and those of other Chicago bands.

DIY release housed in hand made LP jacket. The graphics are hand screen-printed on pieces of cut corrugated cardboard.