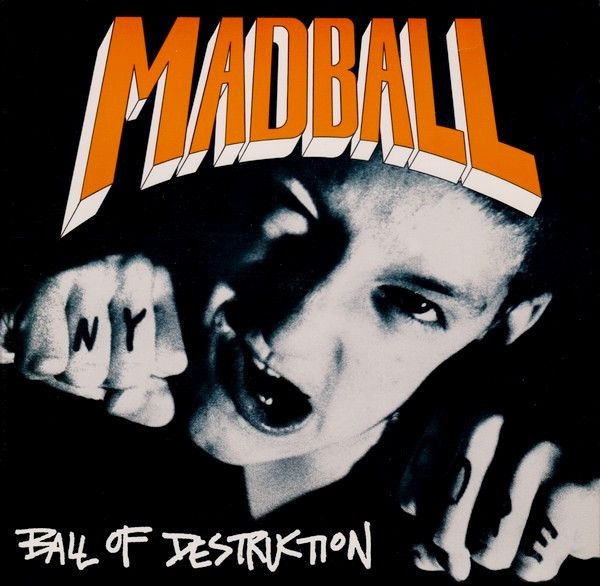 Madball is a New York-based hardcore/punk band that originated in 1988 as a side-project of Agnostic Front.
Agnostic Front's frontman Roger Miret would let his younger brother, Freddy "Madball" Cricien take the microphone on lead vocals during Agnostic Front shows and that is where it started.
Madball's first few gigs consisted of un-used Agnostic Front songs.

Upon founding the band consisted of
Roger Miret on bass, Vinnie Stigma on guitar, Will Shepler on drums, and vocalist Freddy Cricien.
After years of playing regional shows in and around the New York area, a second guitarist, Matt Henderson, would join the band.

One year later Roger Miret left the band, and was replaced by bassist Hoya Roc — a good friend of Freddy Cricien — who was looking for a new band to play with.
The new incarnation of the band was signed by Roadrunner Records in 1994. Touring steadily, the band built a sizable fan base outside their hometown.

1995 saw the band participating in the N.Y.H.C. Documentary. Extensive interviews were conducted with Freddy as well as a performance on July 29th, 1995 at the now defunct "Coney Island High". Freddy's brother, Roger, broke several vertebrae in his back at that show, requiring him to be in traction for the better part of a year.

The band briefly broke up from early 2001 until late 2002. The current lineup of Freddy Cricien, Hoya Roc, Mitts (ex-Skarhead), and Rigg Ross (ex-Hateb (...)