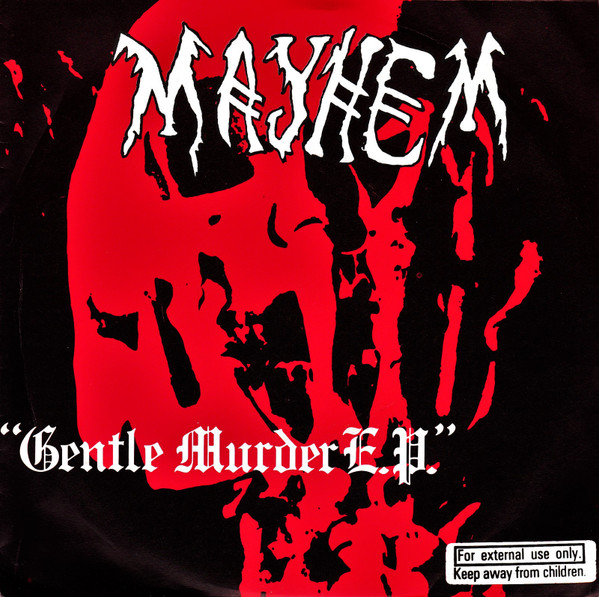 Punk band formed in Southport, Sefton, Merseyside, England, UK. (1979 / 1986)
Initially started with a load of mates knocking about together coming out of the legendary Eric's club Liverpool where they all went to the matinees on a Saturday except for Collo who was a bit older and hit the pUnK scene with full force because he could . Mick's old school mate Andy Carroll was involved in the early days as manager , he also was involved with sleeve artwork and created the band's logo as well as taking some of the sleeve pictures . Andy signed Mayhem to Riot City Records of Bristol which led to touring with Vice Squad . Numerous independant gigs went on with support for The Exploited at Brady's ( ex Eric's ) being a particulary mad night for the book . Mayhem also did gigs with the Dead Kenneys . Mick McGee , Andy Carroll and later , one of the Mayhem wreckin' crew ~ Phil ' Rabbit Man ' Harrison got involved as road crew for the DK's also . The lads did 3 UK tours with the DK's .

As ever band members switch about with other local groups and Mayhem members were also with Blitzkrieg and The Insane . Mick Collo was formerly with the earlier Southport PuNK band The Dumb Blondes .

This is from David Ball, of Failsafe fanzine fame: Mick McGee who sang for Mayhem is now a sound engineer at the Roundhouse in London. Collo from Mayhem lives in Bury, about 8 miles from where I am at present...

Track A1 appears as "Dogs' Body" on the label.