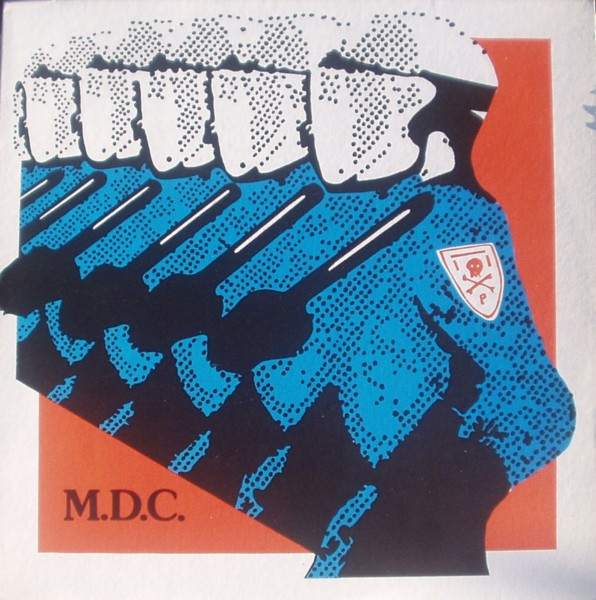 Pressing Note:
The record plant made an error and accidentally printed covers with orange background instead of the ordered red colored one. So the band waited for the correctly printed red covers before they distributed and sold the first pressing of the record (with printed center labels) to public. The first pressing quickly sold out and the band ended up pressing more record (with plain white center labels). They used the covers with the orange background which they bought at a discount from the pressing plant and combined them with these repressed records.
So the second pressing of the record was actually sold in the original, misprinted cover.

No catalog number appears on the release; MDC-1 is derived from the runout area etchings.