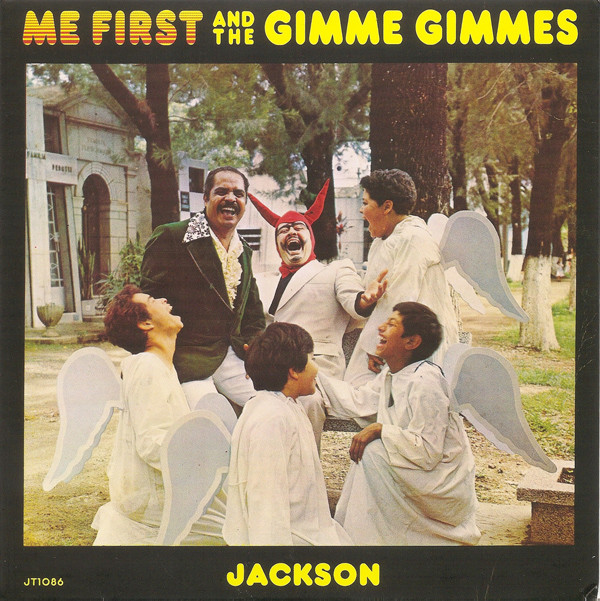 Me First and the Gimme Gimmes is a punk rock cover band that formed in 1995. Drawn together by a mutual love of 1960s, '70s and '80s music, the Gimme Gimmes work exclusively as a cover band and have covered songs from such artists as Neil Diamond, Billy Joel, and John Denver (to name but a few).
The band is composed of several very recognizable faces in the new-school punk rock scene, including Spike Slawson of the $wingin' Utter$ , Fat Mike from NOFX, Chris Shiflett of Foo Fighters (and formerly No Use For A Name), as well as Joey Cape and me_first__the_gimme_gimmes_jackson.zip

Etched matrix has errors that were scratched out and re-etched