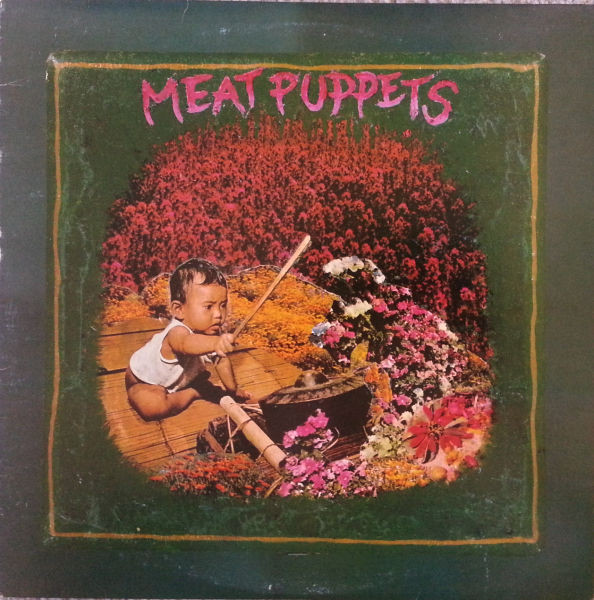 The Meat Puppets are an American rock band formed in January 1980, in Paradise Valley, Arizona. The group's classic lineup was Curt Kirkwood (guitar/vocals), his brother Cris Kirkwood (bass guitar), and Derrick Bostrom (drums). One of the more notable groups on the roster of SST Records (who released most of their early albums), the Meat Puppets could be broadly classified as punk rock, but like most of their SST peers, the Meat Puppets established their own unique style, blending punk with country and psychedelic rock, and featuring Curt's warbling vocals.

First press with more greenish cover having "6.98" list price printed about 2" up from bottom of spine. Vinyl has a small ridge on the label which is approximately 2.75" in diameter. With insert.