Album: Anarchy In The U.K. 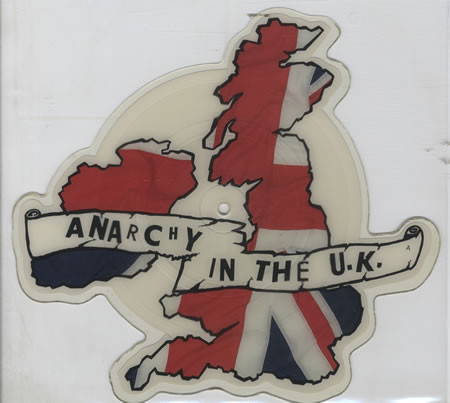 The band was formed by guitarist/vocalist Dave Mustaine and bass guitarist David Ellefson in the year 1983.. Despite countless line-up changes, Megadeth is partly responsible for the popularization of Thrash Metal in the late 1980s. The band was also notorious for its substance abuse, a contributing factor to their continuous revolving door of band members. The group nonetheless found sobriety and a stable line up with 1990's Rust In Peace, a trend which continued until 1998 with the departure of drummer Nick Menza.

Dave Mustaine disbanded Megadeth in 2002 due to a nerve injury he had suffered on his left arm. Following a year of physical therapy Mustaine began work on what was to be his first solo album, however contractual obligations forced The System Has Failed to be released under the Megadeth name, following which, Mustaine decided to reform the band.

Track A is a cover of Sex Pistols - Anarchy In The U.K.

Track B is taken from Megadeth - So Far, So Good... So What!