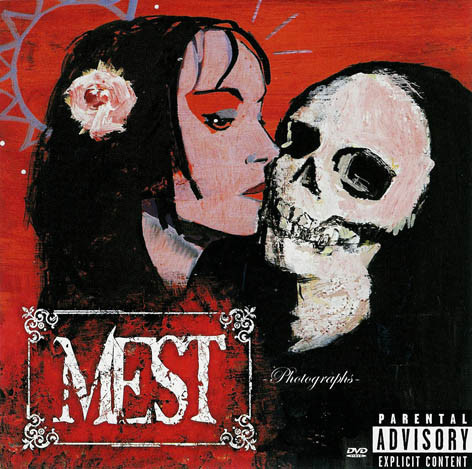 Since forming in a working class suburb of Chicago in 1995, Mest have been tearing up the punk rock scene. Playing in local Chicago punk clubs, the group self-released their debut album, “Mo’ Money, Mo’ 40′z”. The band got their first real break when front man Tony Lovato sent the band’s album to Goldfinger’s John Feldmann who helped them get signed to Maverick Records, and produced their major-label debut, “Wasting Time”, which was released in July 2000. Since then the band has released 3 more albums on Maverick —2001’s “Destination Unknown”, 2003’s self-titled disc, and 2005’s “Photographs”–and toured the world as part of the Warped Tour.
Tensions between the band members about the musical direction of the band, growing up, starting a family and not wanting to tour as much caused the band to break-up in 2006, and Mest announced their breakup, as well as a farewell tour entitled “So Long and Thanx for the Booze.”
After spending some time off, Lovato was inspired to start writing music again. He joined up with new guitarist Mike Longworthand new drummer Lil Rich Gonzales. The end result was a series of pop-punk songs that paid tribute to Mest’s past, but pushed the band forward into the future. They released a new album, “Not What You Expected.” Lovato asked Tom Denney from A Day To Remember to co-write a song with him. The track is “Radio (Something To Believe)” and is an ode to all the bands that the duo grew up li (...)