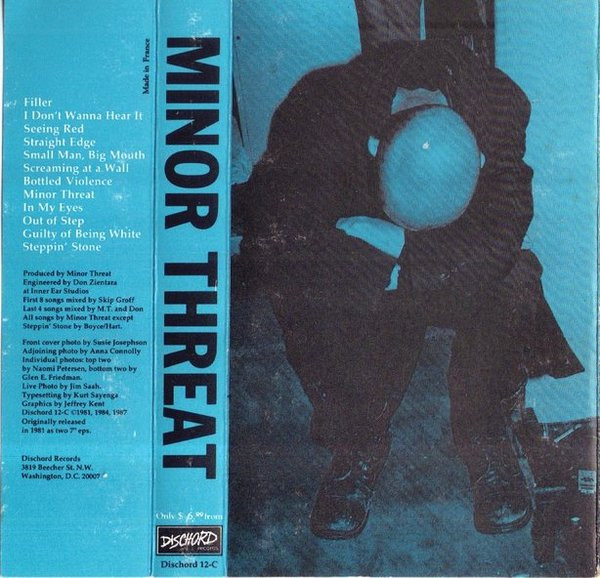 This version is a transparent cassette shell with white print.

J-card insert folds out with photos, lyrics, and credits.