Album: Out Of Step 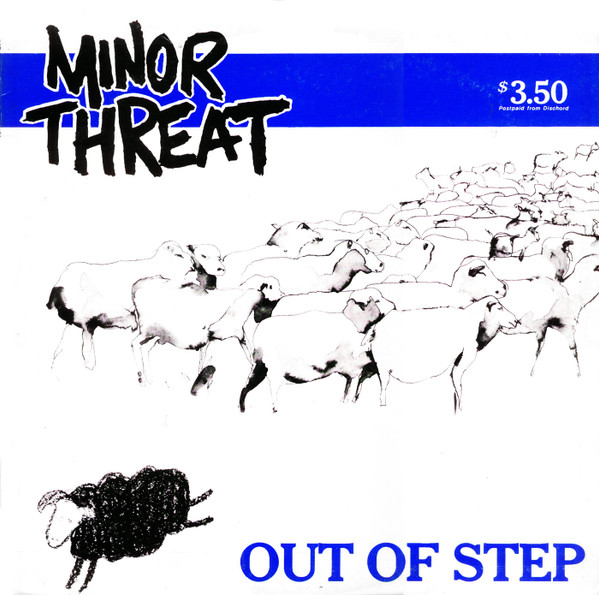 This is the 3rd press, remixed (same mix as 2nd press), remastered at Utopia in UK, pressed at MPO in France.

Includes a folded insert with lyrics and group photo on it.

Blue stripe with "$3.50 Postpaid from Dischord" on front.

Track B5 is not listed on the record or cover.

Manufactured by Southern Studios, for U.S. distribution. Simultaneously released for UK and German markets, with price stripe in local currency, but the same record inside.

All price stripe copies have this mastering.