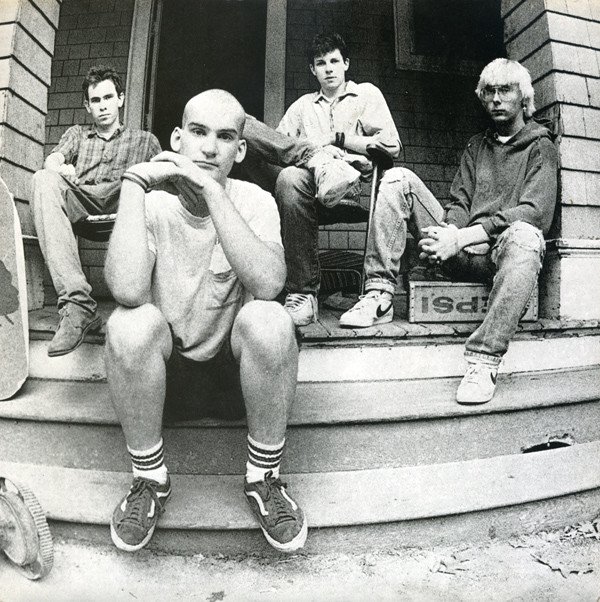 Comes with a 7"x28" folded one-sided insert with photos and lyrics.

"Printed in France" on back cover.

"Made in France" on labels.

"Printed in Great Britain" on insert.

Cat# dischord fifteen appears on the rear of the sleeve.

Sleeve opens at top with a small cutout to rear sleeve.

Minor Threat, A and B, catalog number and copyright information on labels is written in blue with everything else in white.