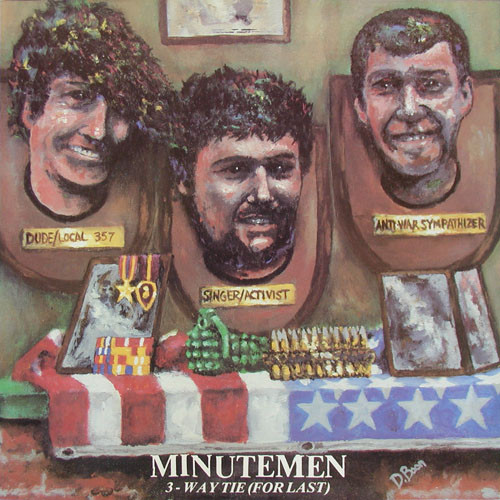 Release includes an insert sheet for a ballot form inviting fans to vote for their favorite songs to show up on the next live album. Offer expiring April 1, 1986.
Also includes an SST records order form expiring June 1, 1986.