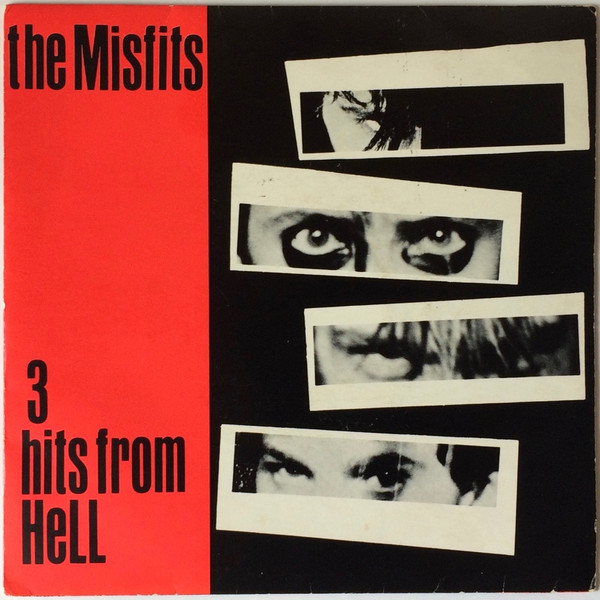 The jacket is distinct from other pressings in the following ways:
1. There are about 4 to 5 mm in space between the bottom left corner of Jerry and Glenn's photographs and the black space. (From the second pressing, their is only 2 to 3 mm space).
2. There is a black border dividing the red and black portions of the front.
3. The text "The Misfits" is shiny
4. On most, but not all, of the copies have some white space between the red and black of the upper portion of the eyeball on the reverse jacket. This space was filled in with a red border on the next pressing (rose red, red labels, big hole), and with a darker more black version on the jackets printed in 1983 (blood red. small hole/ r-matrix (1986)).

Pressing quantity is unknown. Some discographies have claimed from 3000 to 7000 copies.

Originally included a flyer for joining the "Misfits Fiend Club."