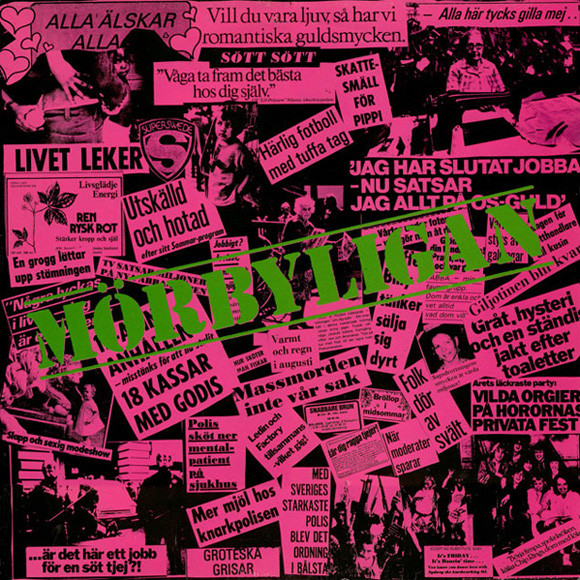 Mörbyligan was a music group from Mörby, Danderyd, Sweden, originally called Chilly Chimes and was founded in 1974 by Åke Bylund, who played drums. There first line-up consisted of three girls and three boys. Åke Bylund had started as a singer in the band and also wrote most of the songs. The group's biggest hit was "Snälla pappa" and "Ensamma Sussie".
In the early 1980s Åke Bylund also founded Åke Bylund Band. He came to distance himself from his previous leftwing engagement and joined the fascist Nysvenska rörelsen. After the original Mörbyligan folded, Bylund from 1984 used the band's name for later recordings, partly with the character of "Viking Rock" and with virtually entirely other members.