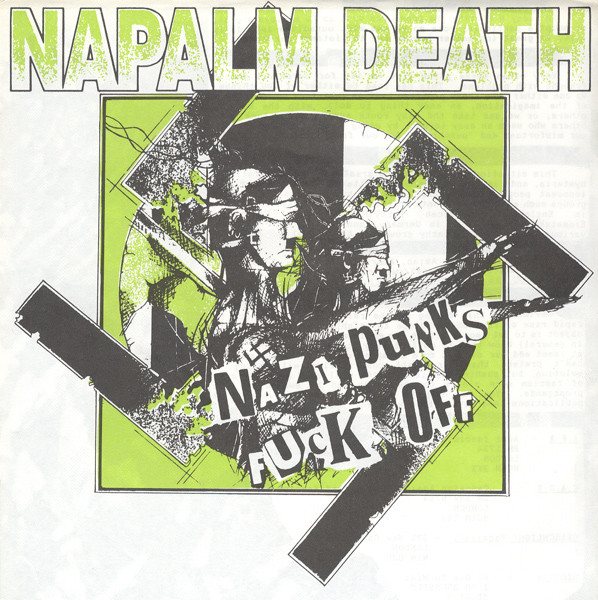 Formed in Birmingham, UK in 1982, by Nik Bullen. Napalm Death were originally one of the bands that defined the UK hardcore thrash/punk sound of the mid-late 1980s, along with bands such as Extreme Noise Terror, Doom and Sore Throat. The band has gone through countless line-ups and many former members have gone on to become significant figures in a variety of musical scenes.

Although their debut album "Scum" featured members Justin Broadrick (who was also a member of Fall Of Because, the band that later became Godflesh, at the time) and Nik Bullen (later part of Scorn), the first stable line up consisted of Lee Dorrian (vocals), Bill Steer (guitar), Mick Harris (drums) and Shane Embury (bass).

By late 1989, Lee Dorrian, whose vocals epitomised the early Napalm Death sound, had left to form another band (doom metal band Cathedral) and focus on his label Rise Above. Bill Steer also left to concen (...)

"All proceeds from this record will be donated to Anti Facist movements."

Was released with different combinations of sleeve color and vinyl color.

US version is a picture disc.