Label: Not On Label (Negazione Self-released) 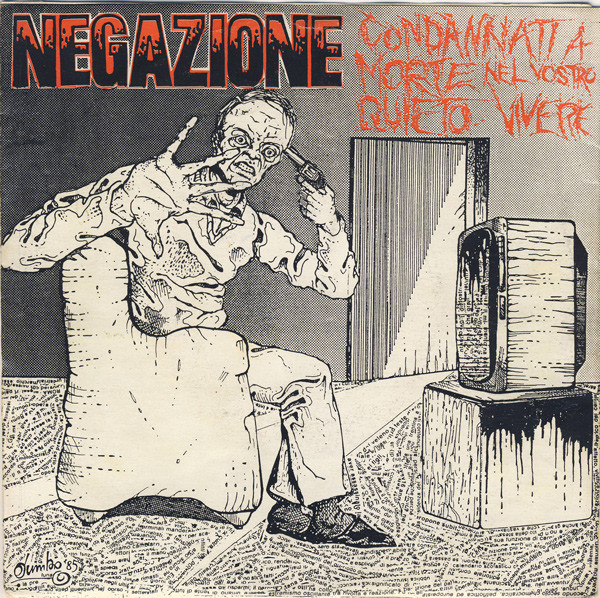 Italian punk/hardcore band from Torino formed in 1983 from the ashes of 5° Braccio and Antistato, and disbanded in 1992.

Includes a foldout lyric insert with photos: 1st pressing Italian only, 2nd pressing (this) is different and with English additions.

No catalog number appears on the release; N 002 is derived from the runout area etchings.