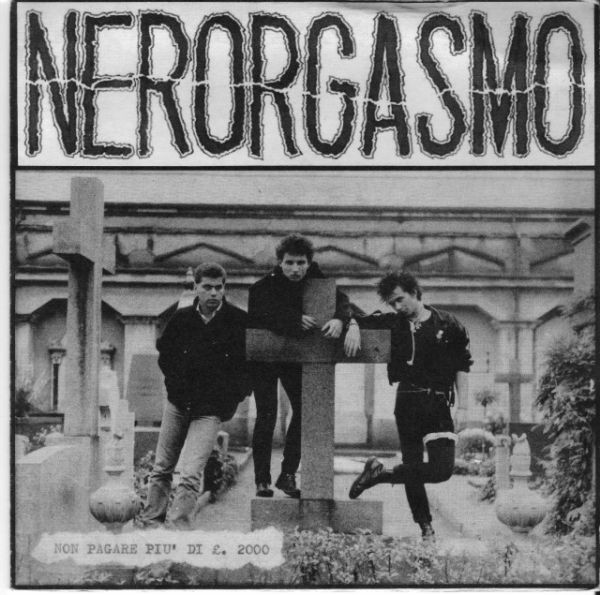 Italian punk band from Torino formed by Luca "Abort" and Simone from the ashes of Blue Vomit, active between 1984 and 1987. They self-released a self-titled 7" EP in 1985. After Nerorgasmo broke-up, Luca and Simone played with Ifix Tcen Tcen. In 1993 Nerorgasmo did a reunion (2 gigs at El Paso, Torino) and recorded an LP, which was later released in 1997 by El Paso.
Lead singer Luca "Abort" died of heroin overdose in 2000.

Involved in the group during the first period (1984-'85), without ever playing:
Enrico Fallulera : drums (present in the EP recordings)
Claudietto "Viet-Kong" : drums
Andrea "Pixipan" : bass

Includes lyrics insert and a sheet with drawing and "merry christmas" greetings.