Album: In A Rhyme 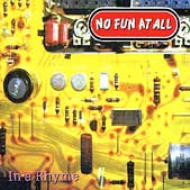