Album: In Defence Of Our Earth 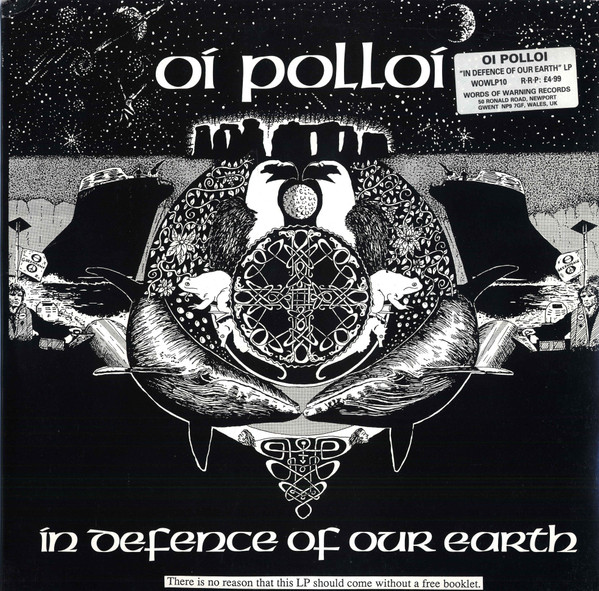 Includes a 20 pages, black and white book in A5 format with info, lyrics and artwork.

The cover has the text "There is no reason that this LP should come without a free booklet" printed underneath the album title.