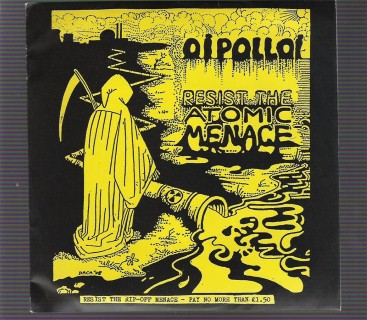 Rear sleeve is printed with lyrics from 3 of the tracks.
Re-release of the 1986 original.
Includes A4 folded insert with anti-nuclear information.