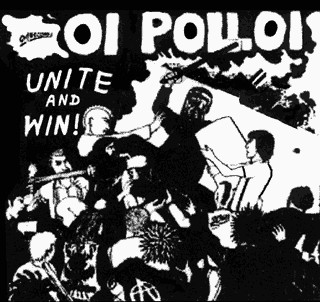 Side One (Oi! Side)
Recorded March '87 at Pier House Studios, Edinburgh.

Comes with a 2-sided lyric sheet.