2017 might be the year that L.A.-via-Chicago rapper/comedian Michael W. Eagle II, aka Open Mike Eagle, breaks through to the mainstream. The whip smart darling of the underground rap world recently had a TV series based on his live show with Baron Vaughn entitled, The New Negroes, picked up by Comedy Central, and today his sixth solo record drops in the form of Brick Body Kids Still Daydream.

With the concept album, which comes on the heels of last year’s Hella Personal Film Festival collab with producer Paul White, Eagle aims to deliver “a vivid, comic book-style reimagining” of the Robert Taylor Homes Chicago public housing complex he grew up in, and use the Homes as a jumpoff for “a larger commentary on the current political climate and race relations.” In his review of the record, our Dan Weiss praised Eagle’s ability to sustain the album’s overarching theme entertainingly throughout the entirety of the record:

“One of Eagle’s more consistently engaging outings, this elegy for the since-demolished Robert Taylor Homes projects the 36-year-old rapper grew up in isn’t necessarily one of his most ear-catching records. More than his other albums, it’s consumed with his thoughts, possibly even a bit smothered; it cries out for some showing to break up all the telling. The murmured musical patchwork never quite breaks for a showstopper like 2016’s astonishing ‘Smiling (Quirky Race Doc)’ either. Not when the first single, the muted bedroom-pop of “95 radios”, appropriately boasts about placing him in lineage ‘in between PM Dawn and Sun Ra’ at a time when every rapper from lovelorn Kevin Abstract to frightening alleged abuser XXXTentacion is trying their hand at early Anticon-styled lo-fi indie-rock.”

Ahead of the record’s release Eagle shared “Legendary Iron Hood”, “Brick Body Complex” and “95 Radios”, and each is a compelling piece of the much larger story that Brick Body Kids Still Daydream relates over its 12 tracks. The story of public housing complex’s closing and demolition is one of the many tales of being black in America that Eagle says are too often forgotten, as he told NPR: “This is about trauma. It’s about how 30,000 residents were displaced and only one-third of them are accounted for — and there are no AMBER alerts for the other two-thirds. This is about the pain of that. And how black life in America seems to run parallel with painful events that we’re not supposed to talk about, because America doesn’t really want to hear it. This song and album is about how those buildings were torn down and replaced with nothing — not a new highway or a football field. Nothing at all.”

You can stream Brick Body Kids Still Daydream below, purchase the record on vinyl here or digitally via Bandcamp, and you can catch Eagle’s live show this fall via “The Tour of the Robert Taylor Homes”. The tour runs from mid-September to late-October, and you can find the full itinerary, along with the album’s tracklist and artwork below. 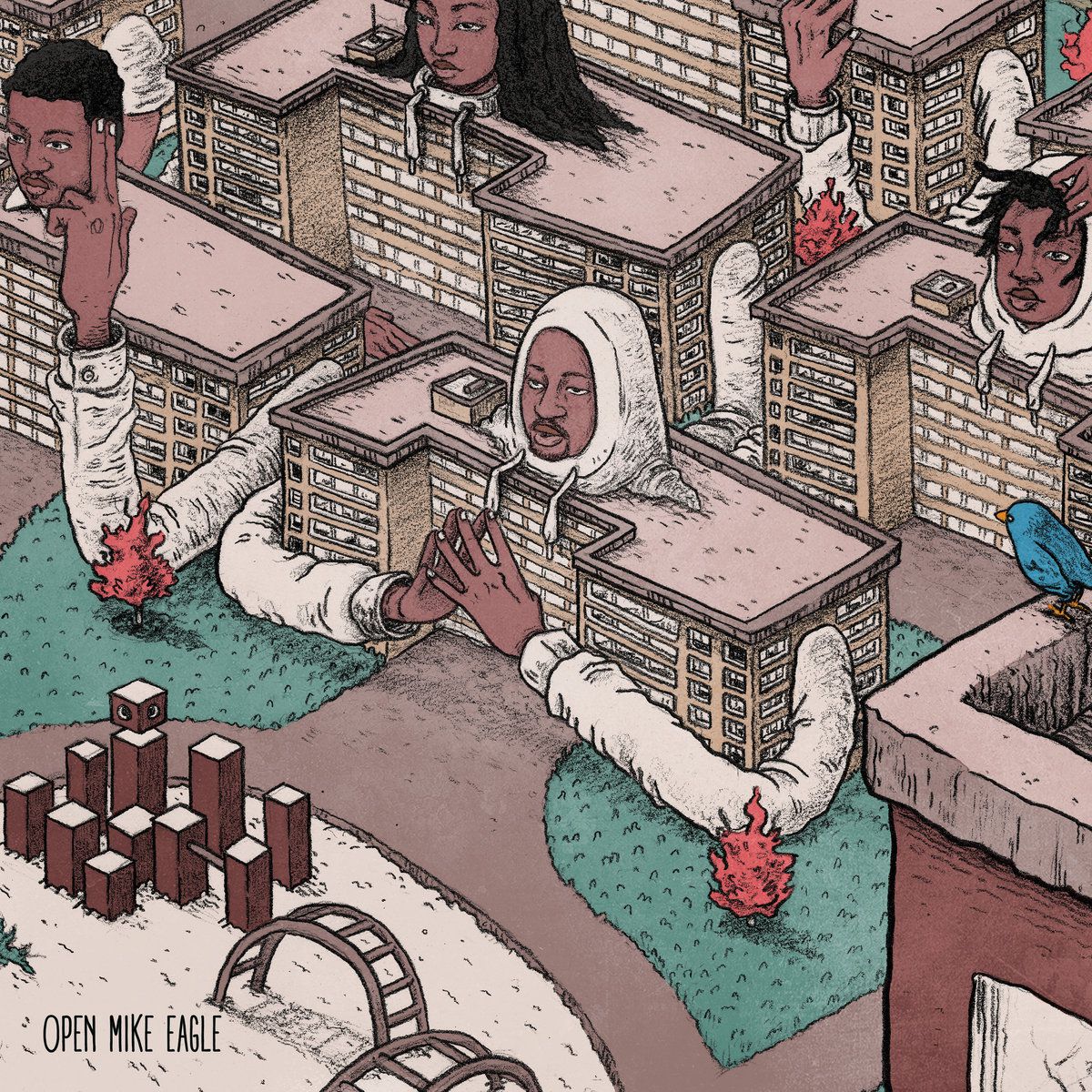