Album: Triumph Of The Will 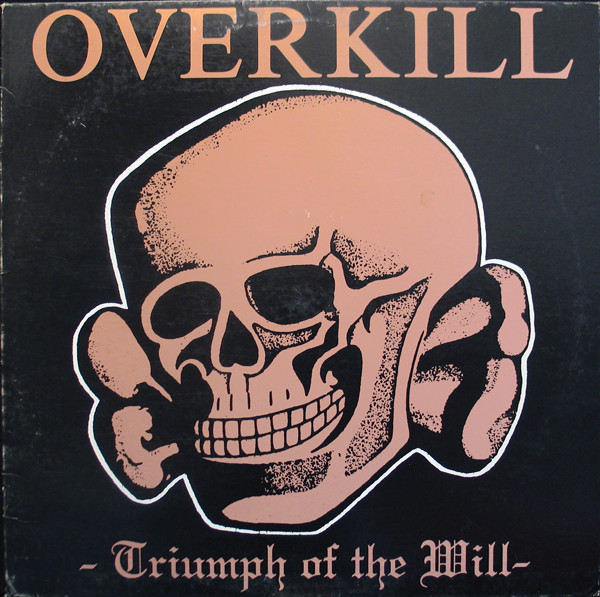 Formed in 1980 in Los Angeles, CA, USA by drummer/songwriter Kurt Markham, bassist Ron Cordy, vocalist John Joe Gurule (aka John Joseph), and guitarist Jeff Dimmick. Overkill were one of the first bands to attempt to merge punk rock and heavy metal. They became associated with Black Flag and SST Records and replaced John Joseph with Merrill Ward, allegedly at the suggestion of Greg Ginn and Chuck Dukowski, who were interested in putting Overkill's music out on SST. After the recording of their debut 7", Jeff Dimmick quit and was replaced by Felice LoCoco. Merrill was fired around the time of the release of the record, despite the intervention of Ginn and Dukowski. He was replaced by Scott Kidd. This line up began recording an LP and appeared on the "Metal Massacre II" compilation. However, in 1983, Ron Cordy split to join the band Bitch (2) and Overkill folded. In 1985, SST issued the band's LP posthumously, with Merrill Ward providing the vocals. When the album was issued on CD in the 1990s, L.A. was added to the band's name to avoid confusion with the more well-known Overkill. In 2005, the group played some reunion shows under the name SST (...)

Tracks are listed sequentially (1 to 14)