Album: Who The Fuck Are You ? 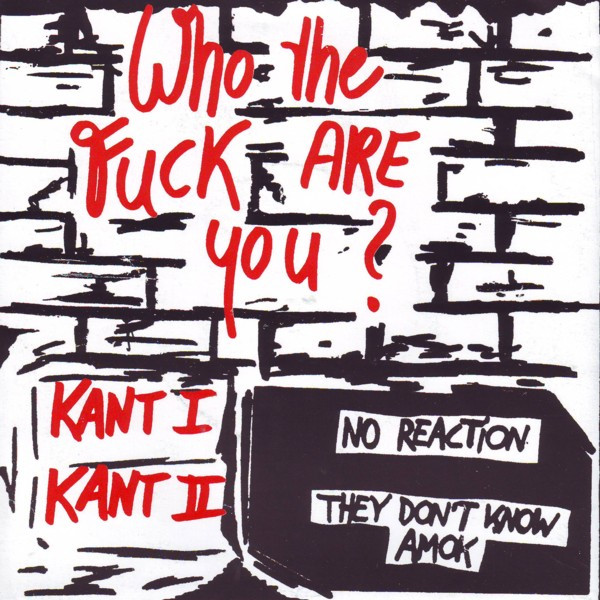 Pandemonium started around mid-1981 with Danny and Peter in the original line-up. Danny's brother Rowdy joined shortly after as we couldn't find a drummer. They started from scratch, none of them ever played (besides Danny a little) guitar or drums before. All bandmembers were already friends since kindergarten. At the age of 14 they went to see a UK SUBS gig in 1980 which was the final push to really start something. The first rehearsals were in the attic of Peter's parents house. Later in the cellar of the Limbabwe house and the local youthcenter became their practicespace and hangout. Mat joined the band around late '82 as he ran the Limbabwe label and wanted to record some songs for a compilation tape and later the first demo. He started to book all the gigs and did the recordings. After a while he became just another bandmember. After playing around for a while, the De Pandemonium Affaire demo got recorded in 1982 and was released on the band's label Limbabwe Records. The music on the demo was raw and biting and had a strong Scandinavian influence.

After playing in Holland and Germany for quiet a bit and appearing on the now legendary compilation LP Als Je Haar Maar Goed Zit 2 on Vögelspin, Pandemonium recorded their first 7" EP Who The Fuck Are You?. The record was sent to many different countries, which was an (...)

This release comes in both black and red [this] vinyl. Insert included with lyrics printed on both sides