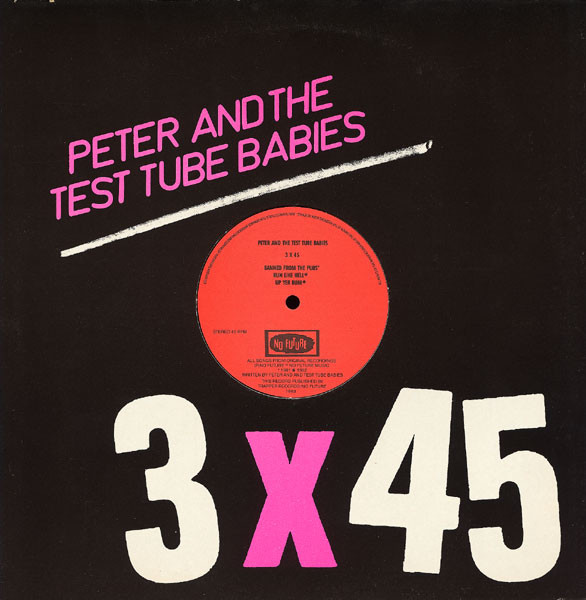 There is a version with red labels
Also comes in 12" sleeve without hole.